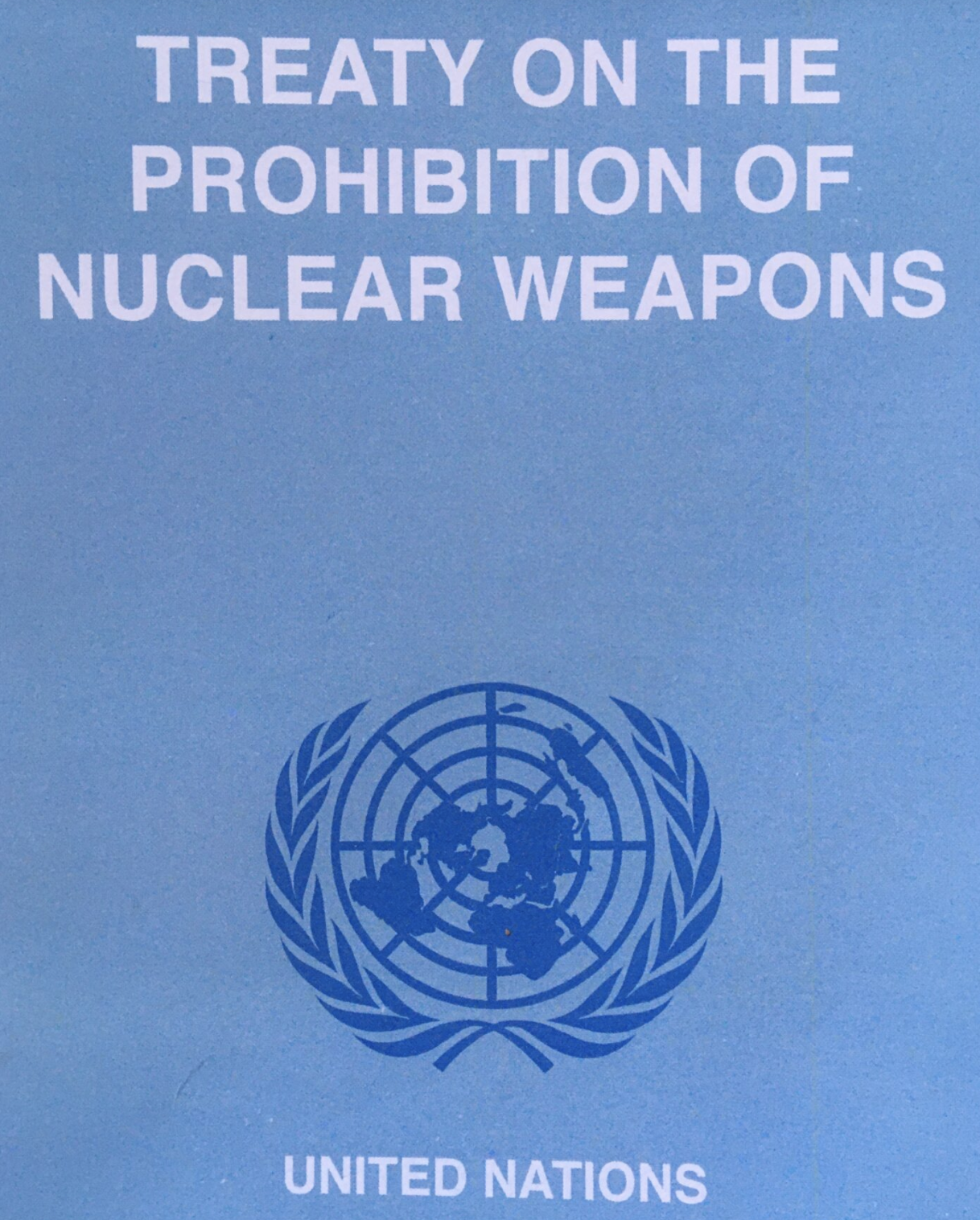 Do we really "need" nuclear weapons to be "safe?" How can we get rid of them once and for all? Facts, myths, and the Nobel Peace Prize-winning Nuclear Ban Treaty. 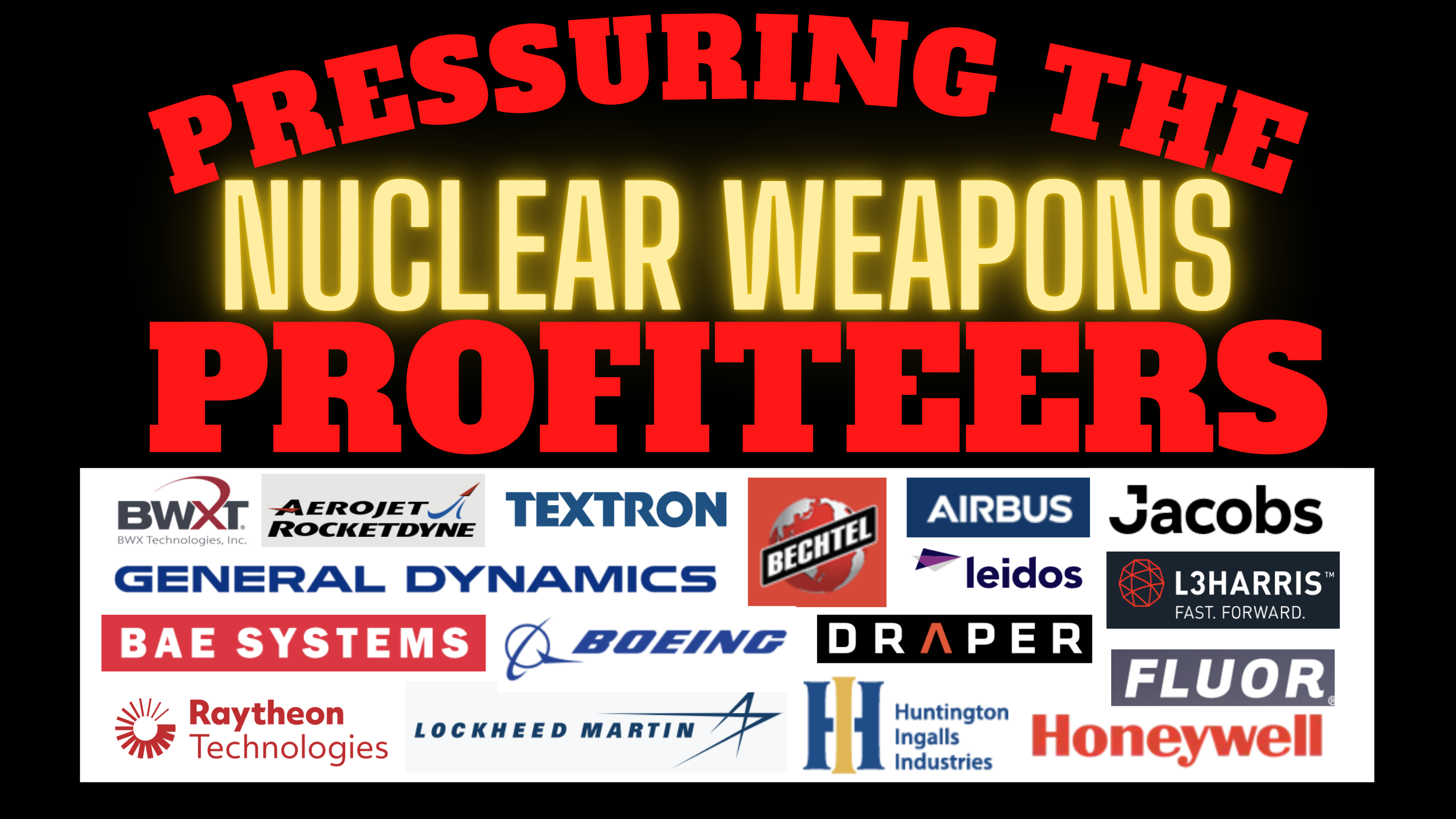 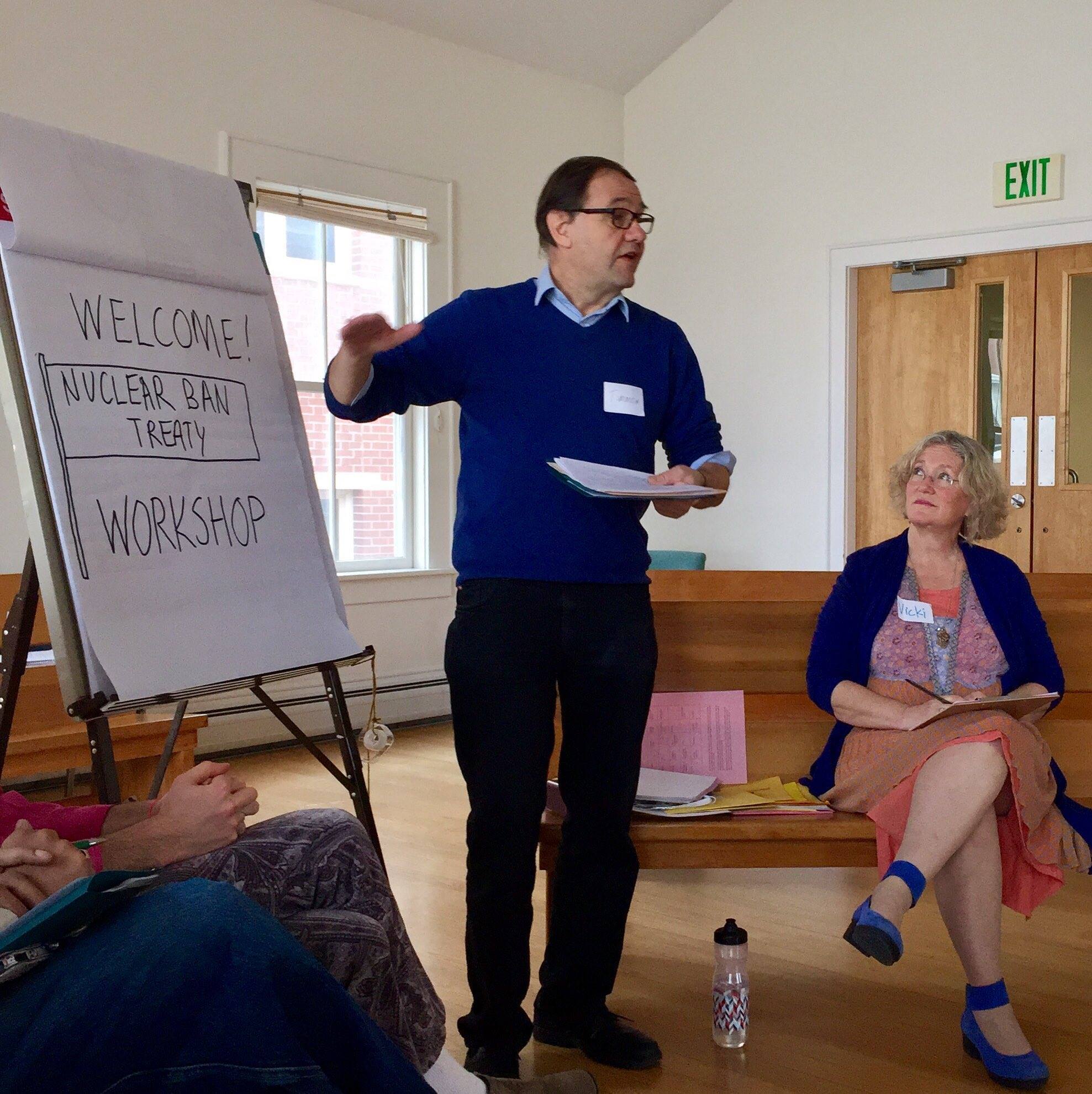 The Treaty Awareness Campaign runs live and virtual events and can provide speakers.

This website is about education and about pressuring the profiteers. There's a third crucial activity: building political support for the Nuclear Ban Treaty. To learn more:

Treaty on the Prohibition of Nuclear Weapons

122 nations adopted the International Treaty on the Prohibition of Nuclear Weapons at the United Nations in New York on 7/7/17. It entered into force on 1/22/21. This Treaty finally and conclusively puts nuclear weapons into the same class of illegal and unacceptable weapons as chemical and biological weapons.

The United States does not want to sign this Treaty, but WE THE PEOPLE can demand that it does. We can put pressure on the profiteering companies who are holding us back from joining the rest of the world in addressing this existential threat to the whole planet.

"Good Defeats Evil" stands outside the United Nations. It was sculpted from fragments of disarmed nuclear missiles from the US and Russia.