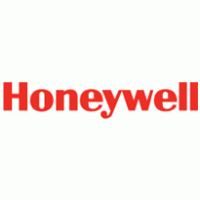 Over the next few months NuclearBan.US will be writing a series of blog posts profiling each of the major nuclear weapons producers contracted by governments to build and maintain nuclear weapons. Many of these private companies you’ve probably never heard of, but they are all making huge profits producing and managing nuclear weapons for the US, UK, and French nuclear weapons modernization plans.

Honeywell International is a manufacturing and technology company producing products for aerospace, home and building technologies, safety and productivity solutions, and performance materials and technologies. Unlike many companies manufacturing nuclear weapons, Honeywell International and its subsidiaries make numerous consumer and commercial products, including everything from air conditioning units, to thermostats, medical supplies, footwear and vehicle parts. Honeywell International is a massive multinational company that made over $40 billionin revenue in 2017. Darius Adamczyk is the CEO of Honeywell and earned approximately $16.5 million in compensation in 2017 – about 333 times higherthan the median salary of company employees. Formed in the early 1900s as a heating company Honeywell has been engineering and manufacturing materials for the US military since the 1940s and are currently contracted to manufacture materials for the US and UK nuclear fleet.

Honeywell manages and operates the National Security Campus in Kansas which produces approximately 85 percent of the non-nuclear components for the US nuclear weapons fleet[1]. Honeywell is also involved in the management and operation of the Sandia National Laboratory, one of three labs involved in the design and manufacturing of modernized US nuclear weapons. Honeywell also co-owns Savannah River Nuclear Solutions with Fluor and Huntington Ingalls, which manages and operates the Savannah River Site (SRS) and Savannah National Laboratories (SNL) in South Carolina where many of the US nuclear weapons were historically manufactured. Today the SRS manufactures tritium, which is an essential component in nuclear weapons and oversees the environmental management and removal of excess nuclear material. Honeywell also produces components for the US and UK Trident II missile system. In 2017, Mission Support and Test Services, a limited liability corporation owned by Honeywell International, Jacobs Engineering and Stoller Newport News Nuclear, took over the management and operation of the Nevada National Security Site, previously known as the Nevada Test Site where over 1000 nuclear weapons were tested.

Since Honeywell makes a range of consumer and commercial products it is a particularly strong target for citizen boycott campaigns. We encourage readers to familiarize themselves with Honeywell’s consumer productsand commit to never purchasing them again. If you have any investments in Honeywell, divest them. Write a letterto Honeywell informing them of your decision and encourage them to leave the nuclear weapons industry. Honeywell relies on the idea that consumers will associate them as helpful purveyors of home heating rather than key manufacturers of dangerous and immoral weapons. By campaigning to get our friends, institutions, and cities to divest from Honeywell International and boycott their consumer and commercial products we can stigmatize them as nuclear weapons profiteers. Over time and with a large enough movement we may be able to get them to leave the nuclear weapons industry.

[1]Information on Honeywell International’s involvement in nuclear weapons is sourced from Don’t Bank On The Bomb.